It's A Dangerous World Out There 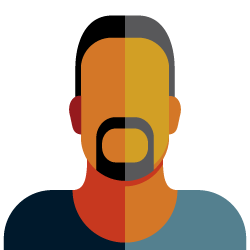 When I got in to the tow truck business, I thought that my days would be filed with being out in the open air and meeting interesting people. Little did I know that every day would present serious safety challenges. As cars travel too closely and roads remain slick, it is all I can do to pull stranded motorists out of ditches to safety. I have had more than one close call, and unfortunately, I have lost a few friends out there. My personal goal is to spread the word about the dangers of tow truck driving, so that everyone can remain safe on the road.

For a while now, many cities and counties, and many businesses, have refrained from towing people's cars due to the pandemic. They didn't want to tow a car that might belong to someone who was self-isolating, nor did they want to add to the financial burden with towing fees. Those who wanted to tow cars often didn't just because it seemed like the wrong way to go if the car wasn't really blocking anything.

However, now that many places are trying to move to less-restrictive phases, towing laws are once again being enforced -- in some places. Over the next several months, these reopenings and closings could make parking rather confusing because towing rules might not be applied evenly. If you're thinking of having someone towed, keep a few tips in mind so that your towing doesn't exceed what's generally expected in the area.

If the city you're in still has a moratorium on towing cars, take that into account. If you find a car is blocking your business' driveway, yes, you'll need to have it towed. But if you see a car parked on the street in a spot that doesn't have restrictions, and the car has been there a few days, check the city's current rules. If the city isn't enforcing 48- or 72-hour parking rules, for example, maybe leave the car alone instead of worrying about why the city's parking enforcement division is allowing that car to sit. It's possible the owner is ill and unable to get to the car to move it.

Make Sure There Really Is a Problem

If you have a parking lot for your business and notice people parking there but going to other businesses not linked to the lot, you would normally have those people towed because they were taking up space that could have been used by your customers. However, if the lot has plenty of spaces, and the people using that car appear to be running errands at a number of shops quickly, you may want to reconsider towing them simply because everyone's routines have had to change drastically. Of course, if they appear to be parking in your lot and then spending a ton of time in a bar down the street if bars have reopened in your area, then you may want to tow because they aren't really using the spot for an essential purpose.

What it really boils down to is that cars that are creating a real problem -- blocking driveways, taking up multiple spots, and so on -- should still be towed. But cars that aren't really creating an issue, even if they technically shouldn't be in your lot or are violating technical rules like city parking time limits, may deserve a break for now. That increases your reputation as a fair business owner, by the way, and lets people get through this weird time with less stress.